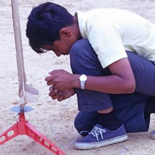 To boldly think what no one has thought before.

So, why exactly would an alien race plant a transmission device fairly close to Earth while keeping themselves hidden from us? As I wrote previously, the answer is obviously one of two possibilities: they either want to test us or trap us. Both possibilities are reflections of each other, with only the outcome for us humans being different. And both possibilities serve to protect the aliens, should we turn out to be too unpredictably dangerous for them to be comfortable with us in their neighborhood.

Placing a beacon to attract humans at an interstellar distance is a perfect technology hurdle. It’s been a staple of science fiction stories that alien civilizations may judge the human race based on whether or not we are able to get out of our “solar cradle.” Obviously, having the ability to get to Proxima Centauri at just a shade over 4 light years away is a challenge we have not yet been able to master. It’s hard to say if we’ll master that challenge soon, and the answer depends at least partially on what the criteria is: do humans themselves have to be there, or is it enough for our technology to represent us? The idea itself, however, is very simple: we are neither a potential trading partner nor are we a threat until we can leave our solar system. So that’s the test.

Whether or not the test is actually a trap depends on how the aliens see us. If they see us as insects—termites, say—then the trap is rather obvious. It’s the way a homeowner pro-actively deals with the threat of termite damage. Consider your home as the alien’s home star system. Outside the home in various locations are termite colonies. Some of them may or may not wander to your home. But those that do will find the treasure trove of wood, and they will call others of their kind to come enjoy the feast. The way to defeat the termites is to set up bait traps a suitable distance away from the perimeter of your home. These bait traps will attract the termites without drawing them to your house, but instead to the trap location. And of course once they find the bait, the termite colony is on a path to destruction and ultimately death.

Before humanity gets too excited by the BLC-1 signals and the chance that they may be an alien technosignature, we need to develop a better plan than termites.

Passionate about Play and using Technology as a tool to better enjoy life.
View all posts by digitalhap →